The Urgency of N.O.W. - No Opportunity Wasted

Join CPE and the University of Louisville for the second annual Higher EDquity Symposium! This year's conference will feature sessions discussing strategies to provide equitable services for students, particularly those who are underrepresented and low-income, from enrollment to completion. A special emphasis will be on creating and maintaining supports students need while grappling with the effects of social injustices amid a global pandemic.

To promote collaboration of diversity professionals across the state, separate, facilitated networking sessions will be provided each morning. These sessions will allow discussion about current trends and issues, and allow participants to develop networks to keep the conversations going long after the conference.

For those unable to attend all the sessions, video recordings will be available on CPE's YouTube Channel shortly after the symposium. 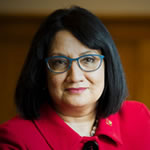 Neeli Bendapudi is the first woman and person of color to be president of the University of Louisville. As part of her commitment to diversity, equity and inclusion, her office recently announced the goal of making the university "the premier anti-racist metropolitan research university in the country." She was recently honored by Business First by being named a 2020 "Enterprising Woman" for her work in the Louisville Metro area.

Aaron Thompson is the first black and native Kentuckian to be president of the Kentucky Council on Postsecondary Education. Thompson is an well-known author and national speaker on a myriad of diversity, equity and inclusion, as well as student success, topics. He also served as interim president at Kentucky's only HBCU and was a key leader in Kentucky's statewide diversity efforts. Thompson was recently recognized for his work by being named to Kentucky's Civil Rights Hall of Fame. 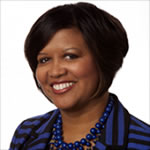 Tia Brown McNair is the Vice President in the Office of Diversity, Equity, and Student Success at the Association of American Colleges and Universities. She also is Executive Director for the Truth, Racial Healing, and Transformation (TRHT) Campus Centers, which provide summer institutes on high-impact practices and student success. McNair was recently named to Diverse Issues in Higher Education's list of outstanding women in higher education.

Converging at the intersection of higher education and equity, the Higher EDquity Symposium prvides a forum for postsecondary faculty, staff, students and administration to come together annually to focus on areas of interest on their campuses as they relate to diversity, equity and inclusion.