Home > About Us > Council Members

The Council is composed of 13 citizen members, a faculty member, and a student member, all appointed by the Governor. The Commissioner of Education serves as a nonvoting ex-officio member.

Note: As of Sept 15, 2020, there is 1 citizen member vacancy on the Council on Postsecondary Education. If you would like to be considered for a seat on the board, please contact Kentucky's Boards and Commissions at (502) 564-2611 or by visiting their website at: https://governor.ky.gov/services/application-for-boards-and-commissions. 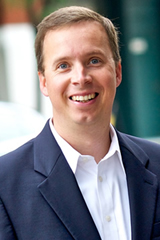 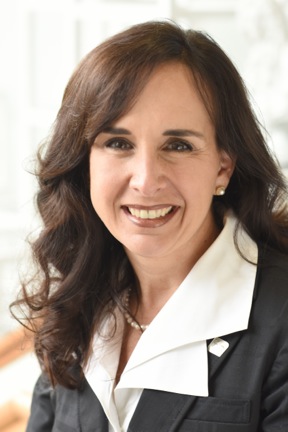 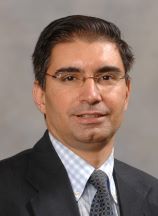 Muhammad Babar of Louisville is an attending physician at St. Mary and Elizabeth Hospital and is medical director at 6 other health care and rehab centers.  He is a M.D. graduate of Allama Iqbal Medical College in Pakistan and also has an MBA at the University of Massachusetts and a M.Sc. degree from the University of Louisville.  He currently serves on numerous boards including Fund for the Arts, Metro United Way, and the Speed Art Museum. 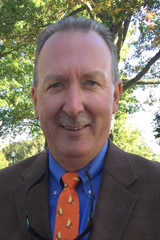 Ronald (Ron) Beal of Bowling Green is president of Luvata’s Tubes Division with their main U.S. operations center in Franklin. Luvata is a global leader in the manufacture of copper tubes for the air conditioning and refrigeration industry. Beal’s more than 28 years in the industry has given him hands-on experience in sales, marketing, engineering and manufacturing in countries around the world including China, Thailand and Mexico. Beal is a graduate of the College of Wooster with a bachelor’s degree in geology and holds a master’s degree in business from Ashland University. 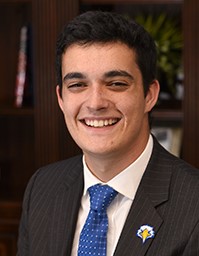 Colby Birkes, of Winchester, is a first year law student at the University of Louisville Brandeis School of Law. He earned his Bachelor’s degree at Morehead State University in Political Science and Legal Studies, where he also served as the Student Government Association President. Birkes also participated in the Canadian Parliamentary Internship Program, where he wrote speeches and performed other tasks for the Honorable Judy Sgro. Birkes began working with CPE in 2019 when he chaired the Board of Student Body Presidents. His focus as the student representative is education as a right for all students of the Commonwealth and ensuring higher education is attainable for all those that wish to pursue it. 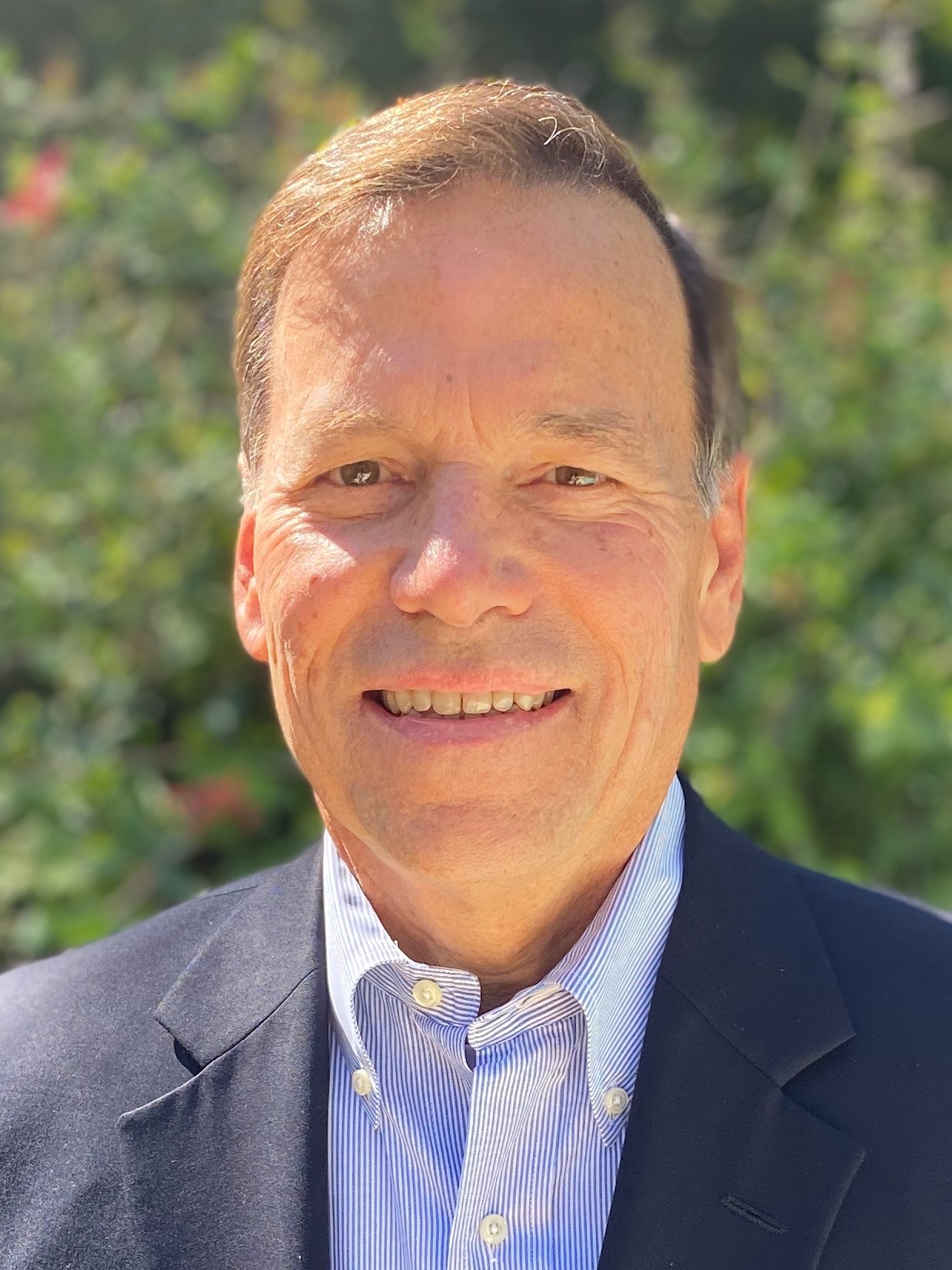 Eric Farris of Shepherdsville is a senior partner and attorney at Buckman Farris and Mills. He’s a graduate of the University of Louisville with a bachelor of science in police administration and a juris doctorate from the UK College of Law.  He was a member of Governor Beshear’s transition team for economic development and currently serves on the Kentucky Governors Scholars Board and the Bullitt County Foundation for Excellence in Public Education. 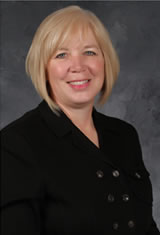 Laura Harper (Lori) is the western Kentucky vice president for Rogers Group, Inc., a nine-state company specializing in crushed stone, asphalt paving, sand, gravel and road construction. She is from Cadiz, KY and a graduate from Transylvania University.  In addition to her role on the Council, Lori is also a member of the executive committee at the KY Commission of Military Affairs, the chair of the Pennyrile Area Development District and a trustee of Transylvania University’s board. 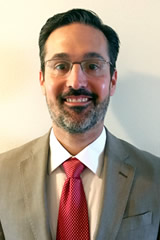 Lucas Mentzer of Lexington is an enterprise program manager for acquisitions and mergers with Kofax, Inc. He has more than 16 years of experience in information technology at the state, national and global level. Mentzer holds a bachelor’s degree in computer science from Centre College. He has been actively involved in the Lexmark mentoring program for high school students across Kentucky who are interested in STEM fields. In addition, he serves as the technical adviser for the Wilderness Trace Child Development Center, a charity organization focused on providing early education to developmentally delayed children. 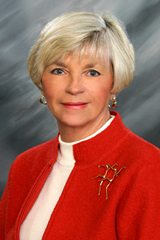 Donna Moore of Lexington retired from Kentucky Educational Television in 2004. During her 30 years at KET she was senior producer of public affairs and director of programming before being named deputy executive director for programming and production. She chaired the Governor's Education Transition Team in 2007. She currently chairs the Midway University Board of Trustees, The Women's Network, the KET Authority and serves on various community boards. She holds an associate degree from Midway College and a Bachelor of Arts in business education from the University of Kentucky. 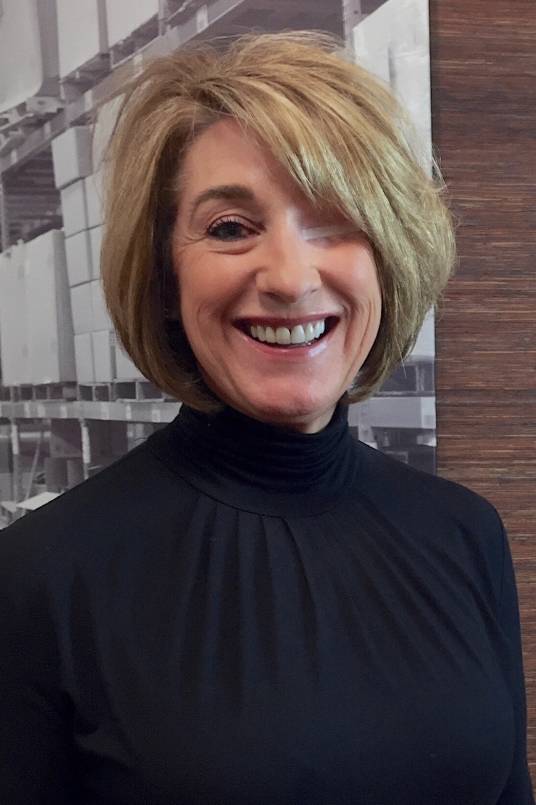 Kristi P. Nelson of Union is vice president of Global Human Resources for Multi-Color Corporation (“MCC”), a Cincinnati, Ohio based leader in global label solutions.  She is responsible for overall human capital management for the company’s global workforce, which is comprised of approximately 10,000 employees across 86 plants in 26 countries.  She earned her undergraduate degree from Arizona State University, a juris doctorate from Salmon P. Chase College of Law and is admitted to the Kentucky and Ohio bars.  She currently serves on the board of the Northern Kentucky Convention Center Corporation and the Northern Kentucky University Foundation.  Prior to her appointment to CPE, Kristi served two consecutive four-year terms on the board for the Kentucky Higher Education Assistance Authority and the Kentucky Higher Education Student Loan Corporation. 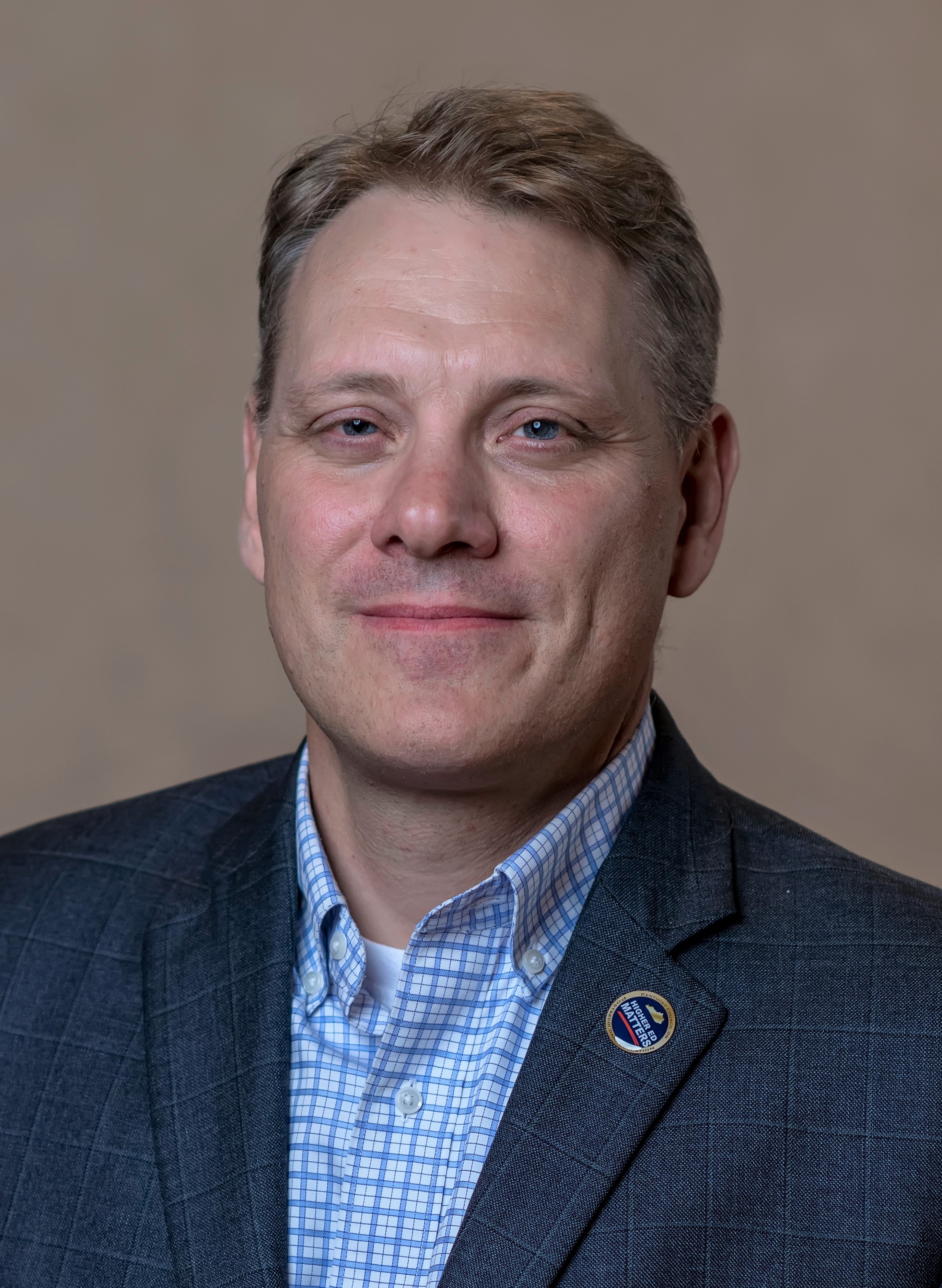 Richard Nelson of Cadiz is the executive director of the Commonwealth Policy Center. He graduated with a bachelor of science with triple majors of biology, wildlife management and resource management from the University of Wisconsin-Stevens Point and earned a Master of Arts in public policy from Regent University. He is certified by the Wildlife Society as a wildlife biologist and certified by the Wisconsin Department of Public Instruction as a secondary education teacher in environmental science.  He currently serves on the Pennyrile Christian Community Board and Hopkinsville Community College Board. He previously served on the Trigg County Hospital Corporation Board and also the Trigg County Fiscal Court as magistrate. 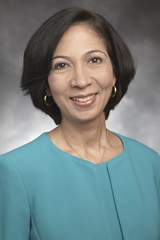 Vidya Ravichandran of Louisville is a technology entrepreneur and owner of GlowTouch Technologies in Louisville. She serves on many boards, including the KentuckianaWorks Board of Trustees; Kentucky One Hospital Foundation Board, Mission and Stewardship Committee; Speed Art Museum, Board of Governors; Fund for the Arts Board of Trustees; Walden School Board of Trustees, Diversity Committee; and DuPont Manual High School Executive Committee. She serves as president of DuPont Manual Regional Science Fair, and is passionate about increasing student involvement in STEM fields and is an advocate for women in STEM. Ravichandran is a graduate of University of Agricultural Sciences in Bangalore, India and holds a master’s degree in molecular biology in horticulture from Virginia Tech. 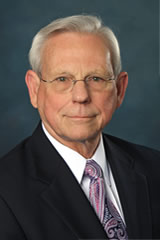 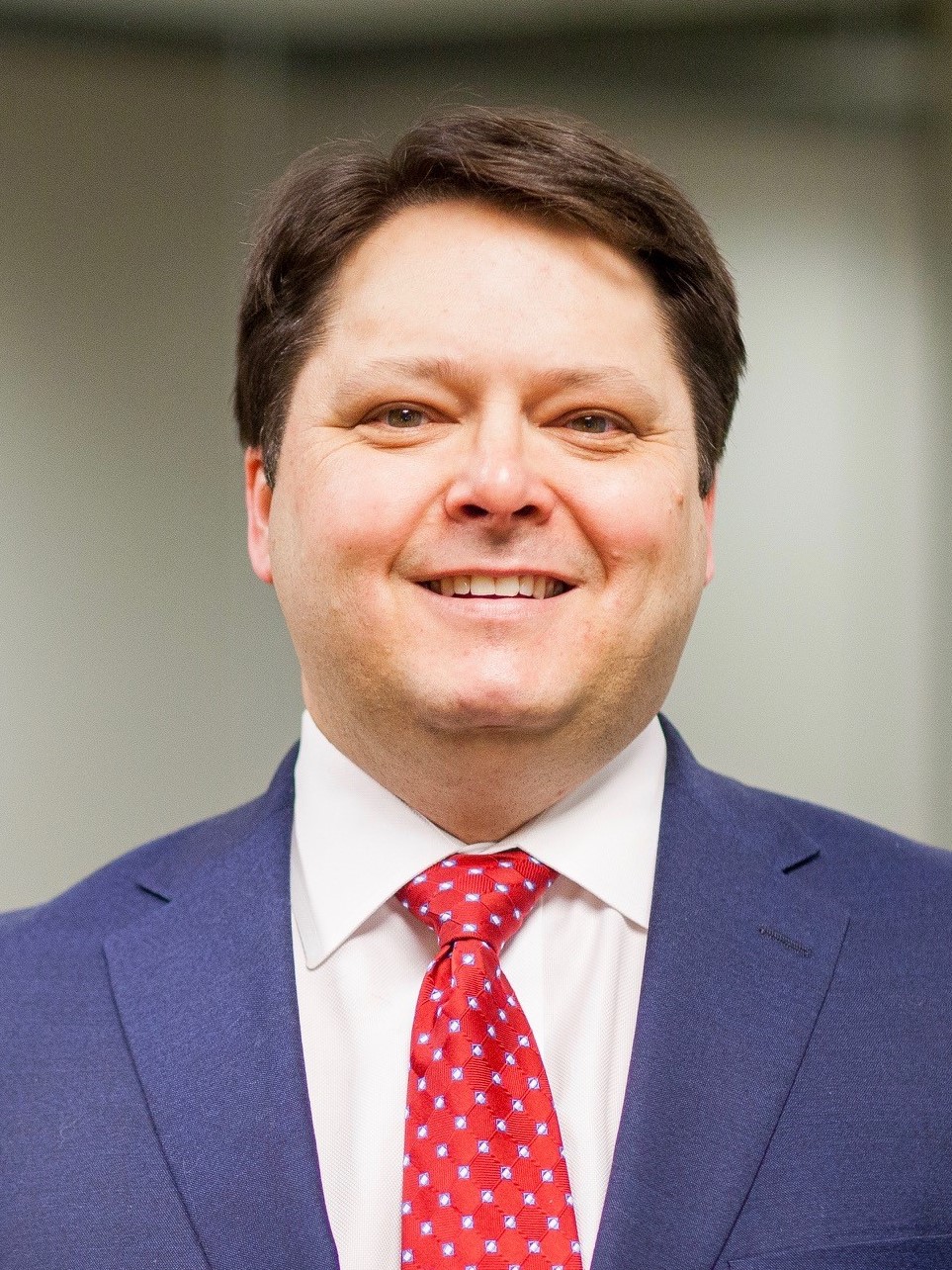 Kevin Weaver of Lexington is an attorney at Sturgill, Turner, Barker and Moloney, PLLC He is a two-time graduate of the University of Kentucky with a bachelor’s degree in political science and juris doctorate from the College of Law. He has served on countless boards in the last 20 years, the most recent being four years on the Kentucky Public Employees Deferred Compensation Authority. 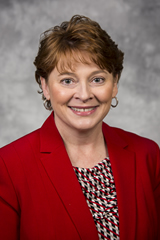 Carol Wright of Tyner is president and CEO of Jackson Energy Cooperative, a non-profit electric cooperative headquartered in McKee that serves more than 52,000 members in 15 southeastern Kentucky counties. She has more than 26 years of experience in the electric utility industry. Ms. Wright is a graduate of the University of Kentucky, where she earned a bachelor’s degree in electrical engineering. She also earned a master’s degree in business administration from Sullivan University. Ms. Wright served on the committee to establish the Lineman’s Training Center at Somerset Community College that opened in 2004, and served as chairman of the Advisory Committee for more than 10 years. Wright is actively involved in multiple community and civic clubs in Jackson Energy’s service territory. 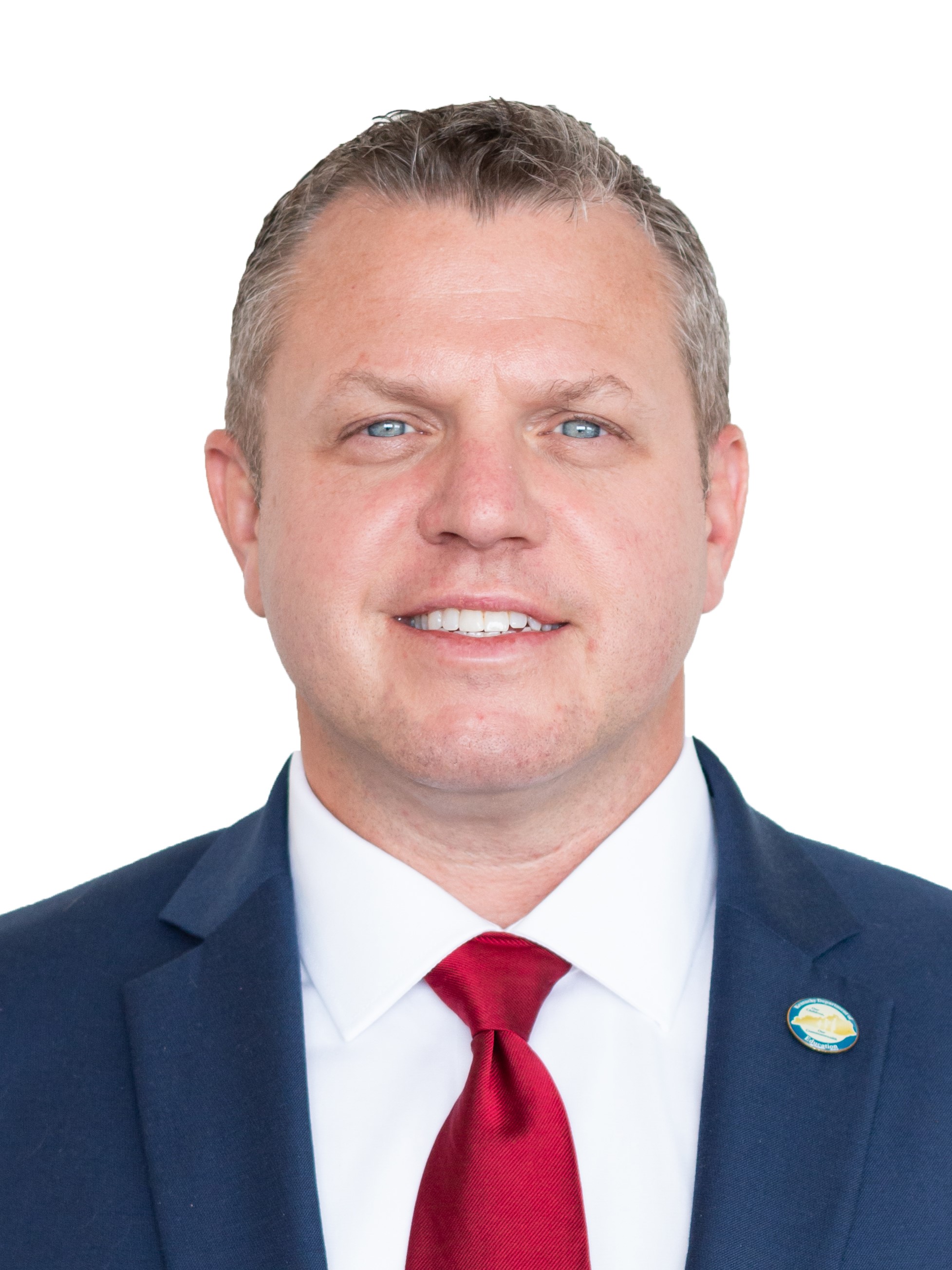 Jason Glass is a native of Brandenburg and a third-generation Kentucky educator and took the helm as the Kentucky Commissioner of Education in September 2020.  He has multiple degrees from the University of Kentucky - a bachelor’s degree in political science and history, a master’s degree in political science, and a master’s degree in education. He received a doctorate in education leadership from Seton Hall University, and holds a certificate in advanced education leadership from Harvard University.  Visit the Kentucky Department of Education's website for more about Glass.